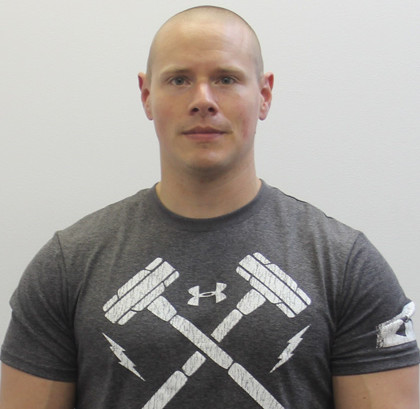 If you have ever been to the gym you’ll notice all different kinds of people. Recreational weight lifters, cardio enthusiasts, and your average Joe trying to keep up his or her wellbeing. Most individuals who go to the gym get ideas from observing other in their fitness pursuits. I’ve done this many times with little success in the beginning. Some will benefit and share their new found exercise with other gym followers and then the cycle of misinformation can begin. Now not to say that this is never an acceptable practice, but more often than not achy shoulders, stiff backs, and creaky knees can be the aftermath of performing erroneous exercise over the years.

1.) Poor Posture or Position during execution of lifts.

This is likely the most common mistake I witness in the gym. I catch myself cringing at times because I feel injury can be imminent in some cases. I like to think that most people are goal oriented which leads us to overachieve in our pursuits. We tell ourselves that we want to move a fixed weight from point A to B 15 times. On the 7th rep that weight is moving from Point A to C and even D, but stopping is out of the question because you want results and what does not kill us makes us stronger right? Definitely wrong, since performing exercises in this fashion will cause the wrong kind of stress on your body which will lead to more off time from the gym. Always remain in control of the weights and do not let them control you.

2.) Focus on the front more than the back.

It is a very common practice to work on what we see. Go to any gym and it is noticeable that much of the space is surrounded by mirrors. Now this is very helpful for performing lifts properly in maintaining alignment and learning the movement patterns. With our society currently there is heavy use of computers, smart phones, tablets, and the list goes on. This over time paired with heavy use of push or pressing movements, not stretching, and not maintaining good posture can lead to impingement, tendonitis, and worst case scenario and rotator cuff tear. There should be some amount of balance in training between pushing and pulling. If you perform 3 exercises for quads you should include the same exercise volume for the posterior muscles such as the hamstring, and glutes. Better yet activation the posterior chain muscles early in the workout will get them firing more when exercising the anterior or front of the body. There creates more symmetry in the body reducing the risk of injury.

One of the most important variables that cause adaptation in our muscles is tension. More weight can equal more tension which will produce greater results. This is one of the sins you see in the gym frequently with young guys. When you put gym mistake one two, three, four, and five together which is the case more often than not an injury will eventually follow. Imagine bench pressing 200 lbs which is focusing on the front, but Monday is international chest day which cannot be skipped. You lower the bar in a split second and bounce it off your chest. Yet it is so heavy the bar is slightly lower on the left due to weakness. If the repetitions are done in this fashion there may only be 20 seconds of tension on the chest reducing the exercises effectiveness, the weight is in control since the weight is rebounding off the chest, and weakness or instability may exist in the shoulder on the left side. This also advanced lifting without the foundation since rotator cuff exercise may be required or just basic push ups to create more stability and strength.

Tempo is one of the most important variables to manipulate in resistance training. Typically concentric contractions are faster than eccentric contractions which is to say that shortening occurs faster than lengthening. Observe most lifters and the tempo may be a one count on the way up with no active contraction followed by a one count or less on the way down. If ten repetitions are completed this would equal 20 seconds of muscle tension. What in most cases would be more beneficial is to control the weight with a one or two second shortening followed by an active squeeze at the top. And since muscle are stronger eccentrically a two or three seconds lowering only makes sense to produce more total work. That tempo would give a lifter possibly 50 or 60 seconds of tension on the target muscle group. The trade-off is using an appropriate weight which you can control versus weights one may view as impressive or heavy. Tearing a muscle, tendon, ligament which will leave you with a soft tissue injury impresses nobody.

5.) Performing advanced lifts without the foundation.

When performing lifts without a base is like putting a house on soft ground absent of the foundation. It all falls apart in the end. When completing a squat for example there are many things to be aware of during the actual lift. Things to be aware of include knees not past the toes, not looking down, proper curvature in the low back, tightness of the core musculature, breathing, and alignment of the ankle, knee, and hip. What I can typically see if I ask a person to squat is not enough contribution of the hams, or glutes, knee’s moving in, not enough intra-abdominal pressure to lock the torso, and not

tightening the core. One of the most important components to produce a solid squat is a strong core. Place your right hand in your pocket and you left hand on your chest. All the muscles from front to back and in-between are core muscles. Planks, good mornings, machine abductions, superman’s, and bird dogs may be required to produce an injury free squat. Might as well do it right if you’re going to do anything right. Think of muscles and joints like links of a chain. Where there is a weak link the chain will break.